Only 43 percent of voters statewide support the Affordable Care Act and 52 percent oppose it, with 5 percent undecided. With the exception of southeast Florida, more voters think the law will make the healthcare system worse.

More voters also favor the state opting out of provisions of the law, something Gov. Rick Scott has already said it would do.

WND News Services
These reports are produced by another news agency, and the editors of WND believe you'll find it of interest.
Hell freezes over: MSNBC anchor asks pastor to pray on-air
'Star Wars' actor dies after getting coronavirus
Home-based businesses: Set to grow even more
Dow drops 400 as stocks close out worst first quarter ever
Pastor urges governor to reclassify churches as essential amid coronavirus
See more... 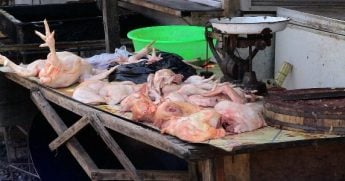